Fr. Josh Thomas has been Executive Director of Kids4Peace since 2011.  An Episcopal priest, scholar and interfaith educator, Thomas has led Kids4Peace’s global youth movement through a decade of rapid growth.  Before Kids4Peace, Thomas led a State department exchange program for youth in post-war Bosnia-Herzegovina and served as a congregational pastor and university chaplain in Atlanta, Boston, Seattle, and New Hampshire.  He taught interfaith education and peacebuilding at Boston University School of Theology. Fr. Josh also serves as Board Chair of the Alliance for Middle East Peace, a coalition of 100+ organizations working at the grassroots level to build peace between Israelis and Palestinians.  Thomas is a graduate of Dartmouth College and Union Theological Seminary.

Fr. Josh is a frequent speaker, teacher and workshop leader.  He has been an invited guest preacher at St. James Cathedral, Chicago; St. Mark’s Cathedral, Seattle; Christ Church Cathedral, Cincinnati; and Marsh Chapel at Boston University.  He has been a presenter at Harvard Law School’s Negotiation & Mediation Clinical Program, Yale University, and the United States Institute of Peace. 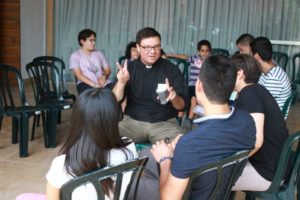 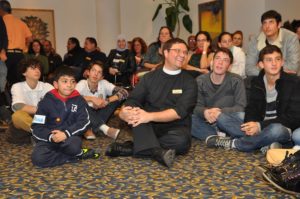 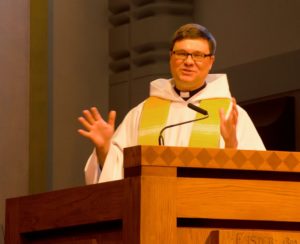 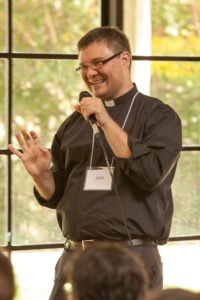 Daniel Elliott is a partner with Conner & Winters, after serving for two terms as the presidentially-appointed Chairman of the U.S. Surface Transportation Board (STB), an independent economic regulator of the freight railroad industry.

“I am joining the Kids4Peace Board because the mission speaks strongly to me. It is time to change the mindset in the Middle East towards peaceful resolution of issues surrounding Israel.

“There is no better way to do that than by bringing the children involved together to understand each other better. One day they will be the decision makers and will want to arrive at peace with their friends”

Michael Koplow is an analyst and educator about the Israeli-Palestinian conflict. With a PhD from Georgetown, he is a regular contributor to Foreign Affairs and Foreign Policy magazines and he currently serves as Policy Director of Israeli Policy Forum. Twitter: @mkoplow.

“I am deeply committed to Jerusalem as a city that must be shared by all of its residents irrespective of faith or nationality, and the idea of nurturing the next generation of leadership that will model peace and coexistence.

I am inspired and awed by Kids4Peace staff, families, and youth who exhibit the courage it takes to actively work for change, and I want to contribute in any way I can to ensuring the success of the organization.”

Dave Harden is Managing Director of Georgetown Strategy Group and CEO of Souktel, a US tech firm with a research and development center in Ramallah.

From 2013-2016, he was Mission Director for USAID in West Bank/Gaza and then served as Assistant USAID Administrator for Democray, Human Rights & Humanitarian Assistance. He also served USAID in Iraq and Yemen.

Dave is a regular writer, speaker and television commentator on issues on the Middle East, national security, and climate change. Twitter: @Dave_Harden.

“Kids4Peace inspired me as well as the entire USAID West Bank and Gaza Mission when I was the director. I love Kids4Peace because they have big goals, vision and the audacity to believe in their dreams.”

Jaclyn has an MBA from UNC and has led strategy, operations and information technology teams in government and corporations. She was formerly a consultant with Boston Consulting Group and now works at a NASA research center.

“Meeting members of the board and the children in the Kids4Peace programs has solidified my belief that children are our future and empowering them to impact change within their communities can really change the world. I am especially passionate about scaling this concept of “human connection” to a broader audience.”

Teresa is a global operations executive with an MBA from Southern Methodist University. She has worked with startups and major corporations like Dell and Samsung.

“I am excited to work with Kids4Peace to harness the power of diversity in our society.”